The State Tree of Florida

Did you know that Florida's state tree is the Sabal palmetto? It was named the official state tree by the Florida Legislature in 1953. Also known as the cabbage palm, it is one of fifteen species of palmetto palm. It can be found along the Gulf and south Atlantic coast, from southeastern Texas to the outer banks of North Carolina.

The Sabal palmetto can grow to a height of up to 65 feet with a trunk diameter of 2 feet. This tree is very easy to maintain and is very adaptable. It is one of the few palm trees that can survive short periods of cold temperatures (as low as 7 degrees). It also has a high tolerance to drought but still needs regular light watering to thrive. 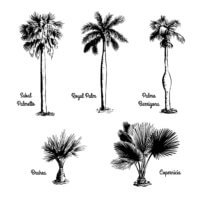 However, the cabbage palm is susceptible to damage from pests, specifically the palmetto weevil. It is the largest weevil in North America and is native to Florida. These weevils commonly attack nursery and transplanted palm trees. They lay eggs in the leaf bases of the crown and growing tissues are killed as the larvae burrow into the heart of the palm.

If your Sabal palm is being attacked by weevils or any other insect, call Bug-Man pest control today for pest control service in Jacksonville.

View all posts by: Bug Man

Larry spent more than an hour at my home, checking every room, every door, every window, and even the attic, for signs of termites. This was just for a quote for termite prevention services! Other companies just gave us a

The personnel in this company are competent, calm and knowledgeable and they know how to explain any problem and its subsequent solution. They are incredibly thorough, very tidy and their response time is always according to the appointment time. I