What is the Most Common Termite in Jacksonville? 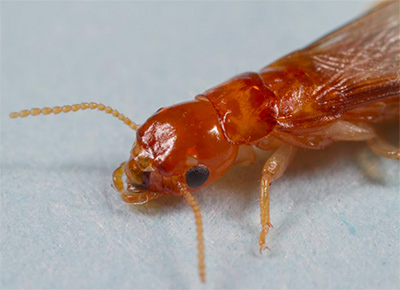 Termites are a problem throughout the United States, but they tend to be especially problematic in Florida. Termites love warmth, rainfall, moist soil, and other climate conditions that are especially common in the Jacksonville area. In fact, Florida is considered the state most at risk for termite damage, and Jacksonville is one of the cities that leads the way.

It is because of that risk that it is so important for homeowners to be on the lookout for signs of termites. We at Bug-Man Pest Control also offer inspections, which are a good idea at least once every year to protect against termite invasions, especially since many of the signs of termites can go unnoticed. If you’d like to schedule a termite inspection in Jacksonville, FL, call us at 904-299-8552.

What Termites Affect Jacksonville the Most?

There are an estimated 21 different species of termite in Florida, according to UFL. Some of the most common termite species include:

Eastern Subterranean Termites are the most common type of termite in the United States, and it is not surprising that they also lead the way here in Florida. But the drywood termite may come as a surprise. These types of termites neither breed as quickly nor feed as quickly, but unlike most other termites, they live inside of the wood itself and leave limited visible damage to the home, which means that infestations can go for years without being discovered.

No matter what species of termite has infested your home, the damage they do can cost you up to tens of thousands of dollars. That is why it is so important to consider a termite treatment right away, along with regular inspections to ensure that you are not hosting any drywood termites or subterranean termites within your walls.

View all posts by: nwd-admin

Larry spent more than an hour at my home, checking every room, every door, every window, and even the attic, for signs of termites. This was just for a quote for termite prevention services! Other companies just gave us a

The personnel in this company are competent, calm and knowledgeable and they know how to explain any problem and its subsequent solution. They are incredibly thorough, very tidy and their response time is always according to the appointment time. I